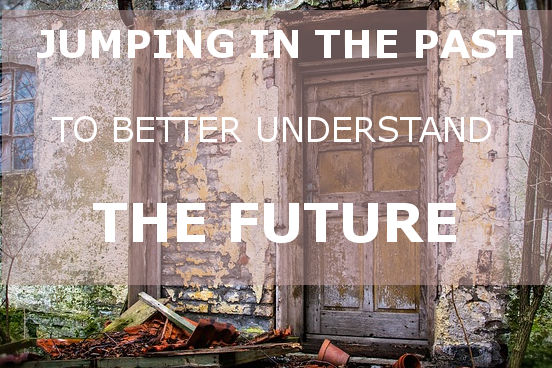 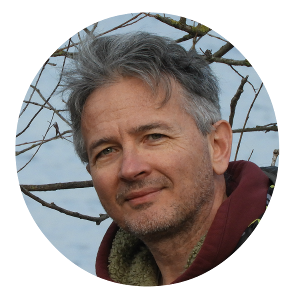 The charm of living in the past

The link between past, present and future is so strong that sometimes is even difficult to perceive.

A lot of politic analysts foresee for the end of the century, the world population will be 11,2 billions (World Population Prospects 2017).The new population will be concentrated in megalopolis counting more than 85 millions of inhabitants, and very likely many small villages will be abandoned. Exactly, just what happened sometime in the past , just what is happening now in some countries, and what is supposed to happen in a stronger way in the future!!

And so, why don’t jump into some good example on how to avoid that or rather on how to better understand one of the sadest effect expected in the future?

Here start a journey between past and future faraway from big cities, inserted in some weird scenarios, perhaps castled on the top of some arduos cliff, overlooked and deserted for hundreds of years . In Italy there are dozens of abandoned villages, due to the migration of the local people towards bigger cities or just villages less isolated .

Poverty and unoccupation contributed a lot to make these ancient village empty. In some cases it was due to natural calamities or rather some controversial politic decisions to compel local population to leave their homes.

Curon Venosta, in the Bolzano’s province for instance, was destroyed to build a dam, and of course this decision was taken without any care of the local people will.

Despite these villages was supposed to undergo a definite death , some abandoned villages have undertaken a way-out to a new life. Transformed in artist’s villages or rather in turistic venues, they offer to the visitor unusual itineraries, immersed in a unique and charming atmosphere, opposed to the cahotic life of the modern towns.

They are not yet well known, and just for that reason they are the ideal venue to experience some really out of the ordinary…Moreover the modern life has shortened distances to the common destinations, making easy to swap between the past and the nowadays life. All that makes those villages an unique opportunity to plan your team meeting in an unbelievable mood, without giving up the modern temptations!

The village was submerged by water in 1950 because of the realization of the current dam. Only the top of the ancient bell tower crop up from the water, creating a courious landscape.  Despite the inhabitnts strongly opposed, authorities took the decision to join the 3 existing natural lakes in one unique big dam, compelling people to leave their homes.

Today that bell tower has become the symbol of the Venosta Valley, and of course a turistic attraction in every season.  During winter the snow lovers go there to ski, on the Belpiano, Malga San Valentino and Maseben slopes or rather for surfing on the iced lake around the weird bell tower .

During summer it’s possible to go there for trekking, hiking an biking immersed in the wonderful nature close to the Austrian borders.

This is the perfect venue to live an old history in a renewed contest , organizing Team buildings based on historical challenges or rather sport-games, it’s possible to lodge both in cosy and very comfortable hotels, and also in private houses well equipped. 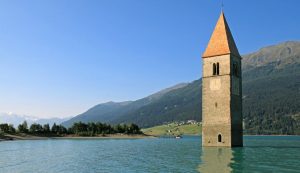 In the medieval times the Elcito Cliff was really unaccessible.

Today it’s easier to get Elcito, but the local people left completely this place during the time. In Elcito today lives a few couples of people, nevertheless this village where no shop was ever opened, has started to attract turists and pioneers . Lately even a coffebar has opened just at the entrance of Elcito.

From the cliff it’s possible to enjoy a superb overview on the valley around .

Elcito is very interesting for people who loves to discover something new and for novel photographers.. those ones deciding to spend some time here nowadays, could enjoy typical events hinged on the ancient times as well. This is also a place where you and your guests could really enjoy our outdoor activity “The Power of Silence” which is suggested to whom interested to explore something new on the subject of “Communication”,trying something very common in the past, totally unusual in the modern life.

Elcito is a perfect place to organize some inspirational activities, which strongly contribute to enhance the human spirit and the harmony inside a group. Unfortunately it’s difficult to be based here since only a B&B offer the overnight services, but it’s suggested to overnight in the beatiful surroundings, where within 20 km it’s possible to find out very nice accommodations. 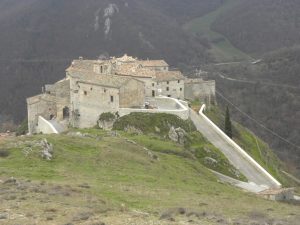 In this land once upon a time (XXVIII century), the Count Teodoro Rendina tried to carry out an ambitious project: building up the City of Utopia. That city was supposed as suitable to live according to the philosophy of Charles Fourier, based on total equality by people. Every family was supposed to get a piece of land where build their home and pick the woods… with a unique condition: for every cutted tree, they had to plant 3 trees.

This idea was immediately succesful, about 1500 persons moved into the village to experience the Count’s dream. After one century unfortunately a landslide completely destroyed the village. Nowadays only some ruines are visible in the old village, but a visit here allow to get in touch with the Count’s dream, one dream that was real for a century… during the summer a theatrical show take place in the village offering a flash back of that unique old village life.

Beyond the intriguing story around Campomaggiore, this is the perfect place to experience the Story Telling capability of your Team, and not only… in the surroundings it’s possible grapple with the Bouldering (climbing on the boulders), and here is one of the main sites in Italy, and of course it’s the ideal place to challenge your team in orienteering activities! 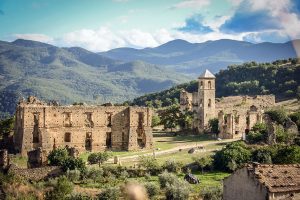 The name of this village come from the cliff just behind (five fingers cliff). During the 20th century the inhabitants abandoned the poor village, someone to find a job elsewhere, someone else to establish down to the valley looking for a more comfortable life. Actually a series of earthquakes and floods made the life in the village really hard. Lately in the 80s someone has started to recognize the charm and beauty of that village hidden in the middle of Calabria region, so some artists started to open their small ateliers in Pontedattilo, giving to it a new life! Today Pontedattilo hosts some cultural exibitions, as the Pontedattilo Movie Festival deputed to short films, and the  Mutrap, a small museum showing the old traditional agricultural craft. Nowadays a new project of Scattered Hotel allow turists to overnight in the old houses of the village.

So it’s possible to LIVE a whole meeting in such a incredible place, and also organize good activities for your team, linked to a lost culture rich in values, but also to the arts of wood, glass, ceramics, or rather.. a photographic game. 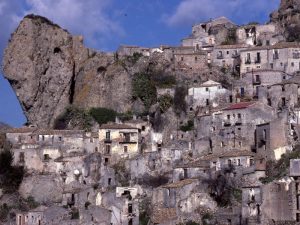 This suggestive medieval village is located in the middle of the Abruzzo National Park, close to the Gran Sasso (the highest mount of the Appennins chain); it’s not the only abandoned village here, another example is Valle Piola, not so faraway and in the same Park. This is a fantastic example of how the turism can strongly contribute to give a new life to dead villages! All started a few years ago when the Swedish enterpreneur Daniele Elow Kihlgren bought part of the deserted village, and after a fair rebuilding he created a Scattered Hotel. His idea attracted also some other investors, intrigued by the uniqueness of this small fortified village and of course by the business opportunity as well. The ancient buildings, the ruins of the old tower, the walls encircling the village and also the church deserve a visit!

Currently, after the latest earthquake the Scattered Hotel is not always open, but it’s wonderful organize here a Team Building taking advantage of being in the middle of a National Park, where it’s possible find good lodgments as well! 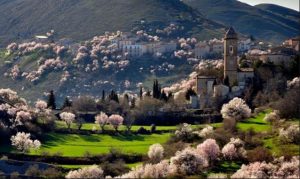 some years ago it was supposed to be destined to disappear. Now it’s become a model of rebuilding: one residence for the elderly and handicapped, one organic apple plantation and one Scattered Hotel now take the place of previous deserted houses and abandoned grounds. Population counts about 300 people, and a birthrate of 0% let suppose to a slow but relentless death … But thanks to the remained people and their forces, who realized those projects, the village is now knowing a new growth.

They created a public company , with the help of emigrates and was able to create 25 new jobs in the village… It could look like a hair’s breadth, but in the economy of the village this is huge! The scattered Hotel was built recovering old and abandoned houses and barns, the municipality participated to the investment and today redeem the 20% of the profit. It offer also a SPA and a Gourmet restaurant with a great view on the Val di Sangro.  Here closeby Agnone o Roccaraso, two important touristic venues. 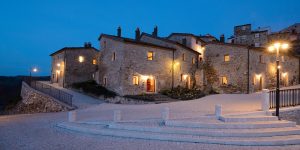